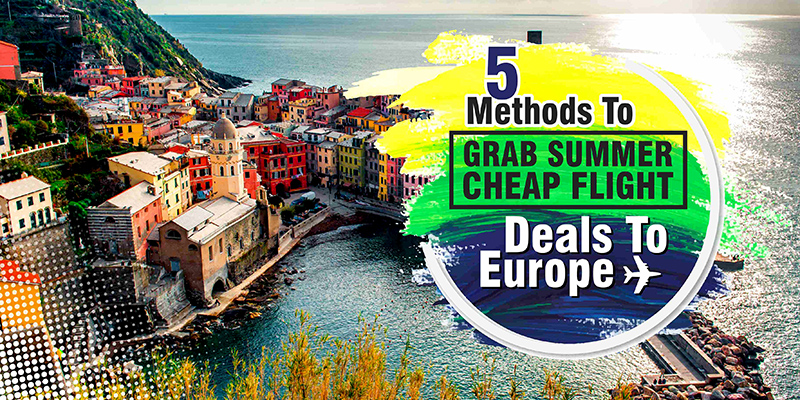 A little research and mild flexibility and you could save several hundred dollars on the price of a ticket. Summers are here and everybody dreams for a vacation in Europe. The greatest concern is the plane tickets in every time we dream of such vacation because the summer flights are in high demand.

Here are the 5 methods to grab cheap flight deals to Europe in summers:

The price of the airfares are destined to go up as your travel date approaches, keeping aside the last-minute bargain which is rare. If you want to travel better in summer, purchase at least 3 months in advance.

Many teachers and students are headed back to the schools and colleges, which is another reason for the fares to be low in late August.

The lowest priced flights are on Tuesdays for New York-to-Paris. The flights in the midweek are tend to be cheaper. Always try to aim for the departures and returns on Tuesdays and Wednesdays.

Apart from the reason why you have to be in Europe on a certain day, always be flexible on your travel dates. Also know the additional costs that may come along with an earlier departure or later return.

It could mean that you may have pay for additional hotel nights and meals on various flight deals to Europe.

Deals on flights to Europe are much cheaper for the ones who are flying to a Western European cities than who is traveling to Central or Eastern Europe. One of the most affordable hubs in Europe is London, and Frankfurt and Amsterdam being the two others.

Of course there are limitations to it. Flights land at London’s Heathrow International Airport from United States. But the flights on Ryanair land at Stansted Airport which is 65 miles away. You have to plan extra travel time and travel on a shuttle bus.

Many of us are receiving the weekly email blasts and special offers that airlines send out. It is sent to many of the customers and it can be hard to get a deal sometimes, so do not expect any miracles.