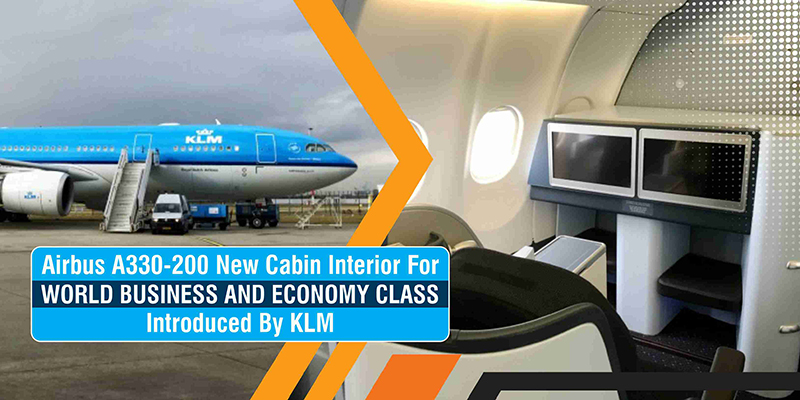 First Airbus A330-200 with a fully renewed cabin interior is introduced by KLM. In addition to a whole new design, a brand-new in-flight entertainment system, with all seats in World Business Class which have been converted to full-flat models.

By November 2018, KLM will convert all seats in World Business Class to full-flat models. A new in-flight entertainment system has been installed and Economy Class seats have also been replaced. The renovated A330-200 operation of its first flight was to Abu Dhabi.

Previously, KLM modernized the World Business Class cabins onboard of Boeing 777-200s, 777-300s and 747s. KLM’s new Boeing 787 Dreamliners were already had the upgraded World Business Class. The Interior and new seats were designed by KLM in collaboration with designer Hella Jongerius.

The Economy Class cabin of the A330-200 has also been totally refurbished. Apart from the new seats, the cabin has been equipped with new carpeting and curtains and with a new in-flight entertainment system.