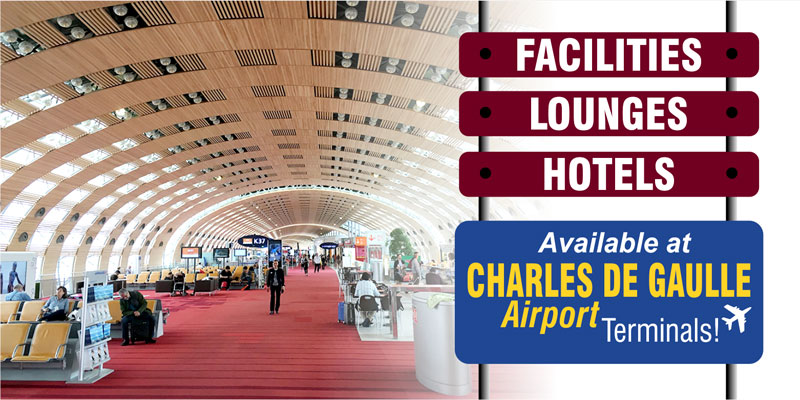 Paris Charles de Gaulle Airport is also known as Roissy Airport, which identifies with the code name of “CDG”.

It located within portions of several communes 25 km (16 mi) to the northeast of Paris.

Charles de Gaulle Airport is a hub for Air France as well as a European hub for SkyTeam alliance that is a partner of Delta Air Lines. This airport is focused on the low-cost carriers and Air Shuttle.

The free CDGVal shuttle train runs between the car parks, terminals and the train stations. It has 3-terminals: 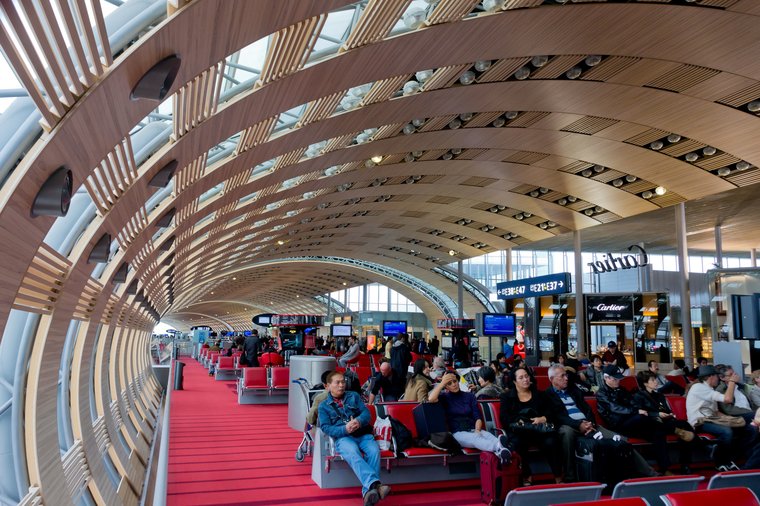 The CDG’s modern terminals are offering quality, facilities, and services to the passengers. There are a number of amenities featured at the airport like restaurants, bars, and shops, plus extensive banking and currency, business, first aid, etc.

The following table will show the Charles De Gaulle Airport departures and arrivals of the terminals:

You can enter into these lounges at the Paris CDG airport even if you are an economy class passenger. It is possible either by purchasing a lounge pass or through a membership program. 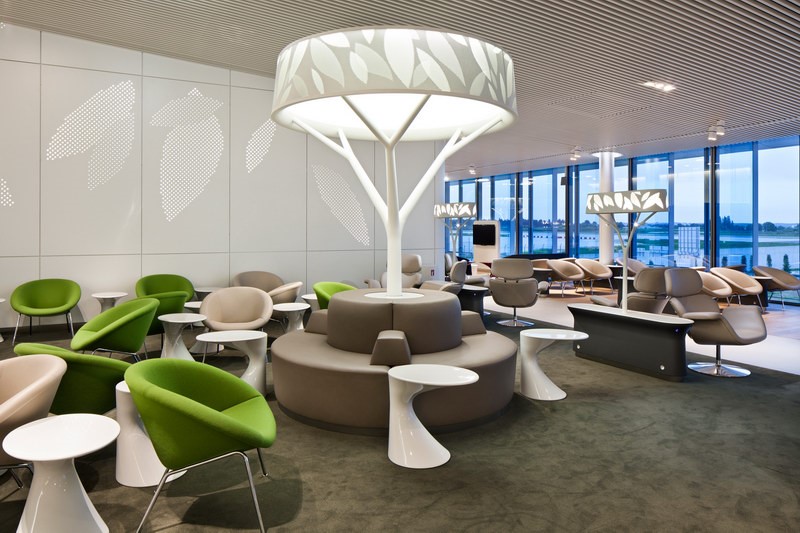 There are a number of hotels in Charles de Gaulle airport and near the airport. You can choose one according to your suitability.

In case, if sleeping in Airport does not appeal to you, then there also some hotels on budget that are placed within the distance of 5-10 minute from the airport.

You can book the car on-site that are available in the Arrivals area.  The numbers of car rental agencies have rental desks in the Terminals 1, 2A, 2C, 2D, 2E and 2F and that are Advantage, Alamo, Budget, Dollar, Enterprise, Hertz, Europcar, National, Thrifty, Sixt, and TT Car Transit. Firefly and Interrent car rental agency platform are located only in T1.

The following transportation transports the passengers around the airport: 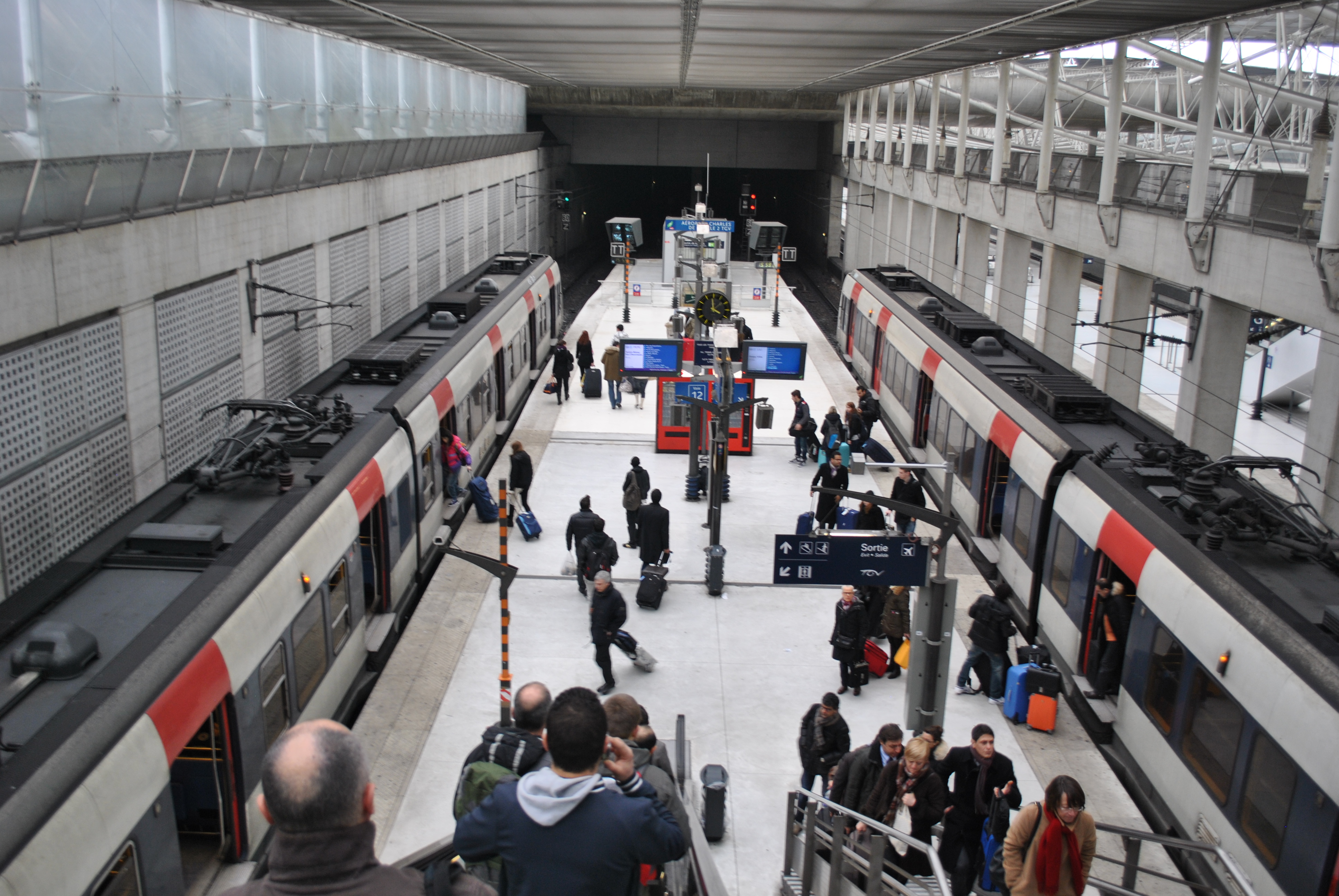 There are many food options available before landside and after airside security. The numbers of shops are available at the airport and some of them are:

Art in the Airport: The Parisian art and culture are located in Terminal 1 & Terminal 2E.

Baby Care: The changing tables and children’s toilets are available in the colorful baby care areas. It is located landside & airside in all the airport restrooms on the Departures and Arrivals levels. Strollers are available for use, free of charge at airside, Terminal 2E.

Currency Exchange: There is foreign currency exchange, money transfers, VAT refund and more are available at Travelex. Those are located in T1 and T2 A/C/D/E/F. It is open between 6:00 AM and 10:30 PM.

Eat and Drink: Food and drinks are available throughout each terminal. There are a number of shops available. Some of them are: Boco, Espressamente illy, Brioche, Doree, Exki, Costa Coffee, McDonald’s, Eric Kayser, Red d’-hippo, Starbucks, and Zumo

Duty-free shopping: The Paris Duty-Free shops are located in the boarding areas or departure lounges of T1, T2 (A, D, E (Hall K), F, G) and T3. A wide variety of retails shops is also available throughout the airport. 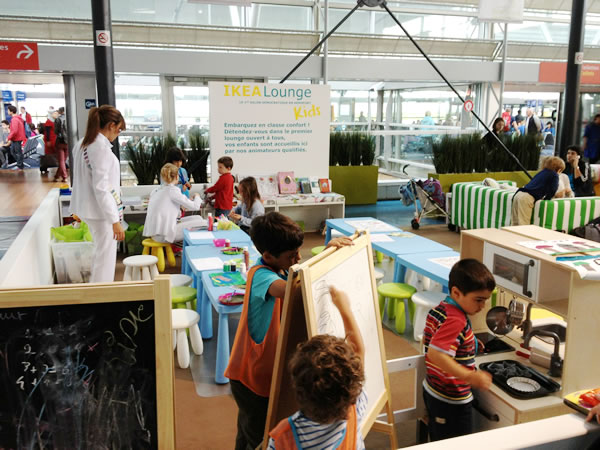 The Children who are 4 to 10 years old, Disney-themed play areas are available for those. Interactive toys, games and a TV corner with Disney shows and soft puffy seating are also available. It is located at the T2E and in the Satellite 4 (S4) terminal.

Luggage Storage & Lockers: Bagages du Monde offers short and long-term storage, for up to 3 hours of storage (small item). It is located at T2, landside, TGV-RER Station, Level 4 opposite Sheraton Hotel. It is open between 6:00 AM – 9:30 PM.

Showers facilities at CDG airport: Showers are available in a few of the lounges. Passengers can take the shower after or before long-haul flights.

Spa & Salon Services: Massages, facials, and various beauty treatments are available in Terminal 2E and Hall M. Seated massage is also available at the Be Relax kiosks that are located in T2.

Workstations: These are equipped with an electric socket, the business workstations are designed to make your waiting time comfortable. It is located at:

This guide helps you in planning yours. The information in this airport guide is based on information collected and/or received from the airports, transportation, lounges, hotels providers and other facilities.

By Ali G from Edmonton, Canada

My most recent trip was excellent in part because of all the GREAT duty-free shopping!! Due to potential lines, I get through the security lines early and that gave me plenty of time to stock up on tea and other great treats in the terminal before heading toward my gate.

By the gate there was a wonderful PS4 area where people could play or try for video games which I thought was a great idea. So many families and individuals were enjoying this option.

I had a good experience with Charles de Gaulle Airport.  Customs was fast on arrival; baggage pickup didn’t take much time. I arrive early on a Sunday morning at Terminal 2 where planes from the US and Canada arrive and depart.  I didn’t pay much attention to the shops on arrival–I was in Paris so why should I care.

On departure, check-in and security went smoothly. After security, we went through a large duty-free shop there were also the several fast food places.