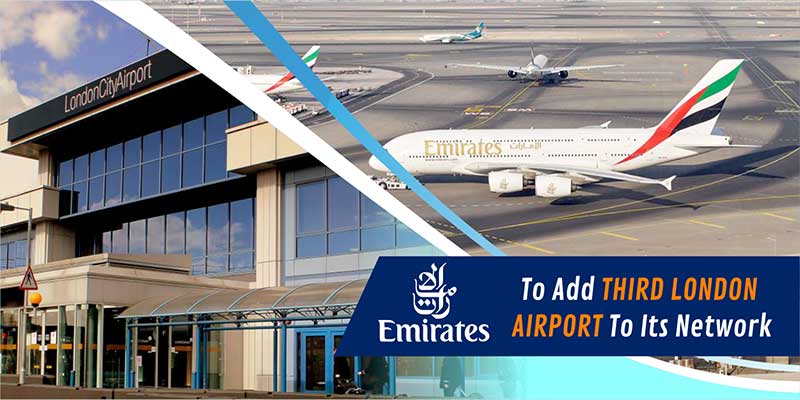 The Dubai based airline, Emirates stated that it would start flying to London Stansted from June next year. The airport is largely served by European carriers.

The carrier mentioned that the lights between its Middle East hub and London’s third busiest airport would begin on June 8. By initiating this service, Emirates had become the first Middle East airline to fly to Stansted.

Located 35 miles north of London, Stansted has traditionally been a base for European airlines flying holiday routes and budget carriers like Ryanair and EasyJet. Moreover, British Airways started flying there last year.

As per the statement of the airline, some of its demand comes from nearby technology and pharmaceutical hubs in Cambridge and Peterborough.

Tim Clark (Emirates President) stated that “There is a clear demand for this service from both business and leisure travelers and we anticipate that this news will be warmly received both across our global network, as well as by the business community-based in the Stansted catchment area.”

Talking about the features of the flight, Emirates would be operated by a three-cabin 354-seat Boeing 777-300. There will be a new first class, featuring private, enclosed suites, and more.