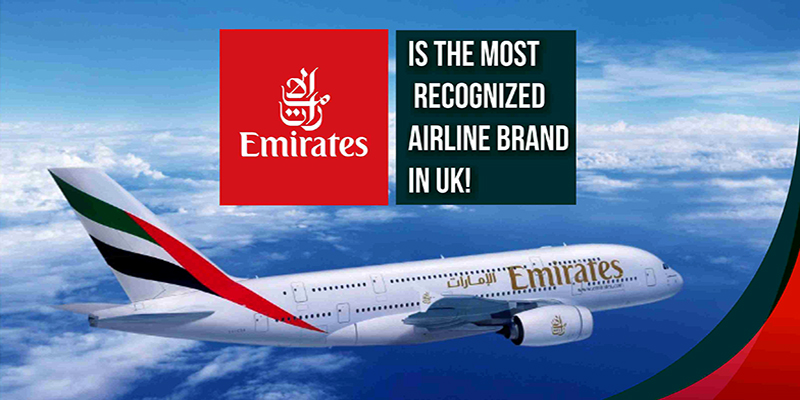 The Dubai based airline; Emirates has been chosen as the most recognized airline in the UK. The carrier is able to defeat top airlines like Virgin Atlantic, Norwegian, Jet2.com and Singapore Airlines. This survey has been done by the YouGov BrandIndex.

When it comes to the travel company rankings, Booking.com topped it; followed by Jet2holidays, Expedia, Virgin Holidays and Tui.

Emirates receives the most airline “buzz points” from respondents. This is the reason why the carrier able to make it to the top among other airlines.

Among the airports, Manchester topped the list followed by Amsterdam Schiphol with Singapore Changi. Doncaster Sheffield and Edinburg capture the 3rd place together.

Eurostar has been selected as the top transport company, followed by National Express and P&O Ferries.

On this, Laurie Berryman (Emirates UK vice president) stated that “Achieving the title of number one airline in the UK is a great honor and reflective of the hard work and innovation we put into our products to best meet the need of passengers.”

He also added that they are very proud to be chosen as the best for meeting the need of travelers looking to travel to Dubai and beyond. Soon they are offering their services to seven airports in UK.