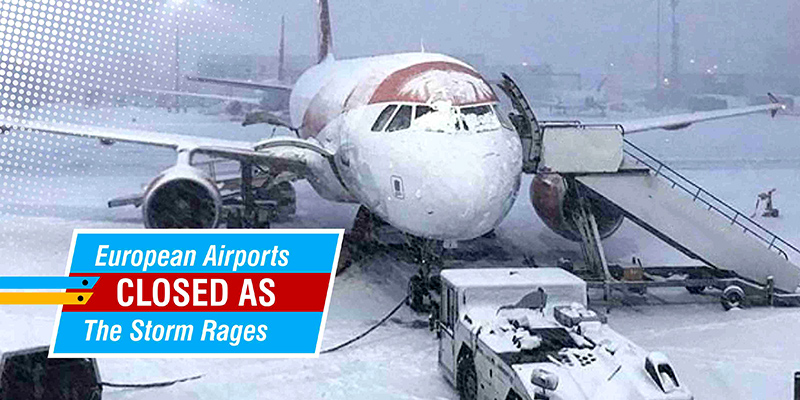 Air travel disrupted because of a major winter storm in Europe and UK is continuing. Multiple airports closed for the day and many airlines suspended their operations temporarily.

There were reports from the Glasgow Airport that it will remain closed for the rest of the day. Edinburgh Airport closed at 6 P.M. both the airports advised the customers to not to travel that day.

Dublin Airport suspended its operations from 3 p.m. – 4 p.m. with Ryanair resuming the operations on Saturday morning.

While London, Heathrow Airport worked with Airlines to solve the problem of flight schedules in order to provide more certainty regarding departing flights. The Airport operated a reduced service every half hour between Paddington and Heathrow. Stansted and Gatwick Airports reported flight cancellations and delays and advising and requesting customers to Contact their Airlines.