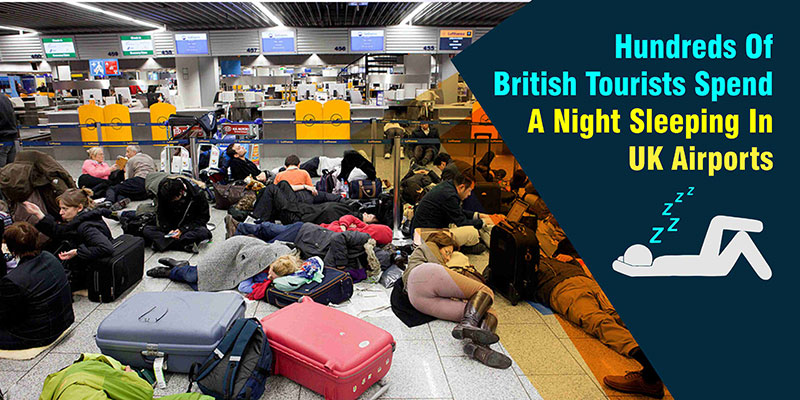 After a massive snowstorm in America, numerous flights were canceled and this leads hundred of British passengers to spend the night sleeping at the airport. Some of the passengers are forced to return to the UK while over the Atlantic too.

An estimated 2,700 flights to the east coast were disrupted by the storm. This forced the multiple passengers to stuck in airports on both sides of the Atlantic.

The Norwegian Air flight from London was diverted which lead the families with young children to sleep on the floor at the airport.

The flights were delayed or canceled after a blizzard dubbed the ‘bomb cyclone’ brought the capital to a standstill.

On the other hand, the airports in New York and New Jersey were forced to close for several hours. The reason behind that is whiteout conditions and this result in cancellation of more than 70 percent of flights.

All this has lead to the suspension of flight operations at JFK and LaGuardia airports.

A number of aircrafts have canceled the landings in the New York area. These are diverted to Detroit, Chicago, and Washington DC.

Around 867 flights had been canceled in New Jersey at Newark Liberty Airport by noon.