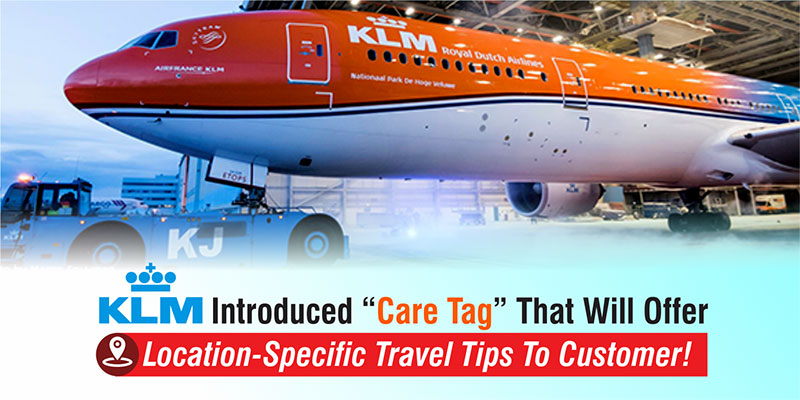 It would be nice if “good to know” advice in real time make your way through a foreign city. Many of travelers include where to lock your bike based on your location, how much the taxi from the airport should cost and where you should be extra careful with your bags.

KLM launched a limited edition gadget in September. Travelers who had booked their flight of September vacation in June had the option to order an audio device. It is a built-in GPS module that could be attached to their bag to guide them through the city.

This “Care Tag,” the free device was loaded with more than 300 insider tips that all were recorded by the airline’s crews. The tips would come into play when the user was within 5m of a location. It was based on pre-programmed GPS locations.

For instance, Care Tag might remind you to always double-lock your bike at the bike rental shop, which was useful in a city where bike theft is rampant.

Director of Brand and Marketing Communications Frank Houben at KLM says that “It’s not only about the standard tips. We really made an effort to give caring advice.”

Houben adds that “Like many airlines trying to extend their reach beyond the airport and airplane, KLM introduced Care Tag as a way to enlarge the customer journey and do something special for passengers at their destination.

Around 1,000 such devices were available. But the airline also plans to launch 6,000 more in Portuguese, Chinese, German and Russian later this year.

The idea proved to be quite popular – the devices were snapped up in just 2 weeks, but there aren’t any plans to extend Care Tag to other cities.