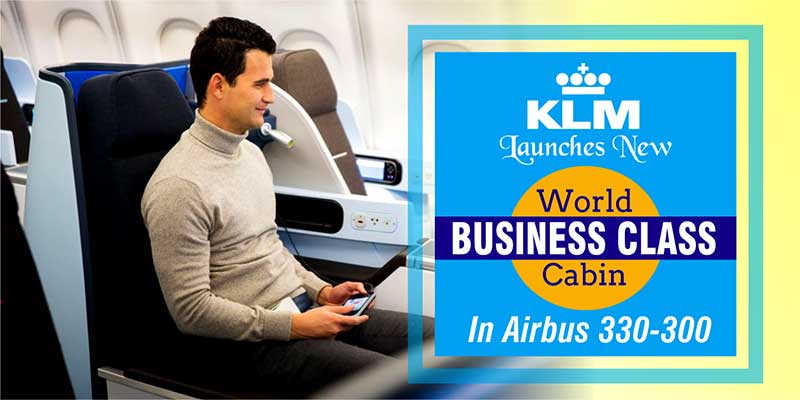 All World Business Class passengers will also find the full-flat seats and a new in-flight entertainment system along with new design as per the airline.

The process of refurbishment of the business class cabins has been already started in the remaining four A330-300s. It is expected to be complete by July 2018.

It will follow the KLM’s eight A330-200s and the refits are expected to be completed in October 2018.

In addition to that, the new-style World Business Class cabins have already been added to the KLM’s Boeing 787 Dreamliners.

Hella Jongerius (Renowned Dutch designer) has designed the new seats and cabin interior. You will also find other stuff along with these new designs of World Business Class. It includes: