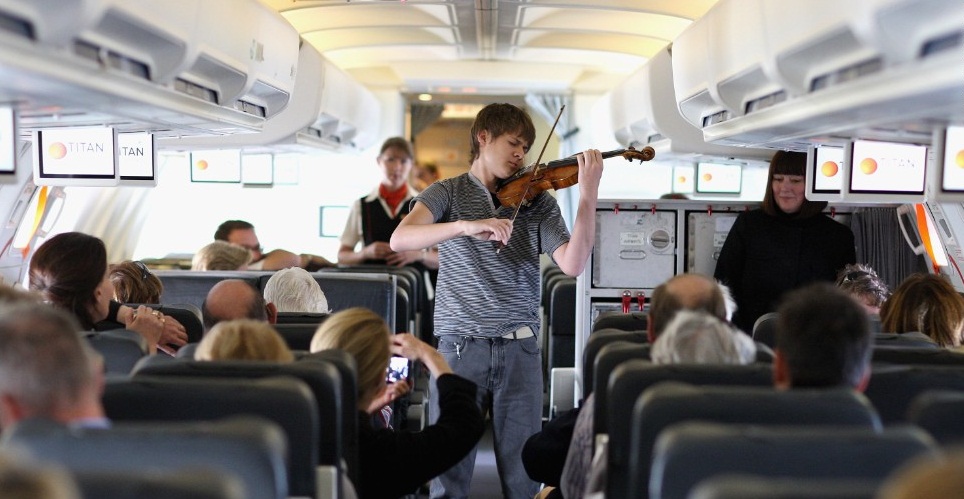 British Airways (BA) is allowing the passengers to travel with violas and violins by clarifying its instrument policy. However, unless a second seat is purchased, anything bigger must be put in the hold.

The wording specifies on its website that the passengers can “take small musical instruments in the cabin as part of (but not in addition to) your free hand baggage allowance, subject to the space available.”

The passenger can carry the larger musical instruments including guitars and cellos. They must carry them in the hold as part of a passenger’s checked baggage allowance.

However, due to concerns about the temperature and pressure in the hold – as well as rough handling of baggage – musicians are effectively forced to purchase a seat for their instrument.

The cellist and principal of the Royal Birmingham Conservatoire, Julian Lloyd Webber said: “Airlines need to understand that musicians are some of their best and most loyal customers, flying all the time all over the world. They don’t take this into account at all. They can be obstructive and unpleasant.”

The Musicians’ Union (MU) confirmed on its website that it has been in discussion with BA over the policy development, following MU members getting in contact to say they had previously always been able to store guitars in the overhead lockers.

BA stated that there has been no actual change in the policy of airline from last 2 years but that “the messaging to all airport staff needed to be made clearer regarding smaller instruments.”