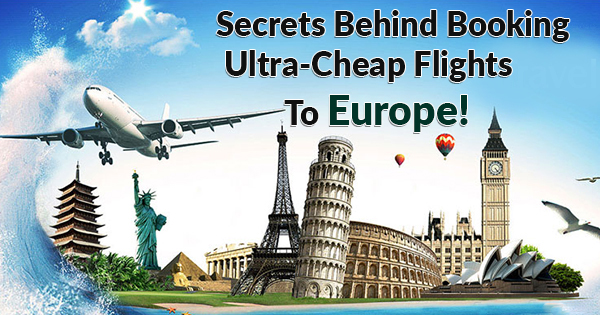 Getting perfect deals on your favorite holiday destination can make anyone’s dream fulfill. But, attaining a perfect deal is not that easy as it seems. There are a number of things which decide the overall budget to your dream destination. It involves the airfares, hotel rentals, transportation cost, food expenses and much more.

To get the affordable package of air tickets is one of the issues which a traveler needs to face while planning out a tour to a specific place. For passengers who want reasonable air traveling deals to Europe from the US, here we are discussing the 6 tips which will let you get the cheap flights to Europe.

Initially, it was just a theory that passengers may get cheap airfares if they depart on Wednesday but as per the reports of Kayak’s 2015 Travel Hacker Guide, it is totally proved as a fact that if you take a flight on Wednesday and return home on Tuesday, then you will defiantly save a good amount of money.

The reason behind this conclusion is that the least popular days are the cheapest to travel when it comes to air travel to Europe. One of the other benefits which the multiple passengers can avail is that they can easily get an empty seat next to them.

People use a number of tools, techniques, and researchers in order to get the best ever fares. One of the applications which are very popular these days is Momondo’s handy Trip Finder. Through this app, people can easily get all the details of the departure city, type of vacation, overall budget of the trip, the best time to visit, and the other type of stuff.

For instance, if any NYC traveler wants to know the cheapest flight to the continent in a specific period of time or month, then the app can easily find out that. Along with that, you will also get the information on major carriers to your destination and airport which will suits you the best.

Most of the time, it is suggested to book flights in advance and when it comes to booking flights to Europe, Do buy tickets 6 months out. The conditions may vary at the time of peak season. If you are planning to travel to Europe, the summertime especially the month of July and August would be concluded as the peak season. Passengers must be aware of the fact that flights are refundable if you canceled your tickets within 24 hours.

As discussed above, months of July and August are very expensive and booking a ticket to Europe during this season won’t be cost-effective when it comes to avail the affordable rates. So try to avoid booking during the peak season. But anyhow, if you want to visit Europe during the summer time, then prefer to visit during the tail end of summer. Booking few weeks before or after Memorial Day would be a perfect choice as you will be able to get the reasonable fares and less crowded than primetime in July and August.

With the introduction of ultra cost effective carriers like Spirit and Allegiant, the whole game of aviation market has changed. These airlines not only create competition but also introduced the pricing model of offering dirt-cheap flights by making bank with ancillary fees. Another airline named WOW offers unbelievable deals on transcontinental flights from the East Coast to Europe.

What better than a vacation to two European cities or even three for a price of one! Yes, it’s not a dream. You can actually do so by booking Europe flights with flagship carriers as it offers free stopovers even for multi-day layovers. Along with this carrier, there are other airlines which offer the same offer of free stopovers. It includes the following airlines: