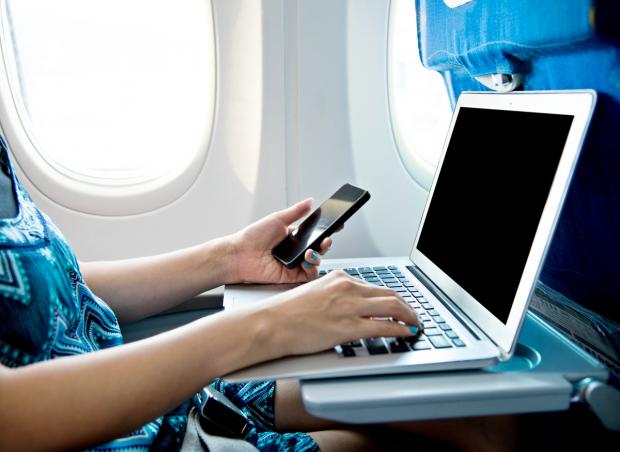 After the laptop ban being proposed by the Trump administration, the officials of U.S. and Europe are planning to conduct a meeting in order to discuss the matter of airline security. This meet was regulated with a motive to expand the number of airports that ban passengers from carrying electronic devices. But things do not seem to be coming that way; the idea is possibly being dropped after a meeting between EU and US officials.

As per the previous report of US officials, they are looking forward to extending the laptop ban to Europe too. Originating from 10 airports in eight countries including the UAE, Qatar, Saudi Arabia, and Turkey; this ban was observing to see expansion. And all this was due to the possibility of hidden bombs in the devices.

But as decide earlier, a meeting on airline security is to be taken place on Wednesday between the US and EU officials. (http://blog.flydealfare.com/us-europe-set-meeting-on-airline-security-for-ban-on-electronic-devices/)

And during the four-hour meeting between EU and US officials, there was no talk of applying the “laptop ban” to flights from Europe. The American delegation led by the deputy secretary of homeland security, Elaine Duke; instead promised to keep Brussels informed if any alternative measures were to be put in place.

But the EU delegation has not given any guarantee that a laptop ban would not be imposed. Only there is greater confidence in Brussels that it is unlikely to happen in the near future.

There are still chances that the aviation industry reemerges the ban in the coming weeks. A spokesman for Airlines for Europe who is the representative body for 22 major carriers stated that “We just know that there will further talk next week.”

The industry would be “surprised” if the Trump administration had dropped its plans – a statement given by one of the senior sources. It is added, “If the ban was no going ahead it is a great result and a lot of credit should go to the European side for negotiating, but at the moment it is not so certain.”

All were expecting the expansion and if the ban just dropped overnight after a meeting then it is considered as the most unexpected move.

“At the meeting, both sides exchanged information on the serious evolving threats to aviation security and approaches to confronting such threats.”- A joint EU-US statement issued after the meeting.

As if now, a “high level” meeting had been requested by EU officials due to concerns that information about a possible security threat had not been shared with Brussels.

Margaritis Schinas, the European commission’s chief spokesman stated that “No ban on electronic devices was announced. Neither was any other measures decided during this meeting.”

Probably one of the reasons behind this act is the consequences which the passengers may need to go through like longer lines at security, significant delays, and confusion at boarding gates during the busy summer period.

It is estimated that only in the last year; around 30 million people flew to the US from Europe. And there are 3,257 flights a week scheduled to fly to the US from airports in 28 European Union countries this summer as per the airports association ACI Europe.

The US restrictions mainly affect the flights from Egypt, the United Arab Emirates, Qatar, Saudi Arabia, Kuwait, Morocco, Jordan, and Turkey. The UK also issued a similar ban on flights from these countries. As the result, major airlines like the Qatar, Emirates and Etihad Airways are facing huge difficulties.

After the restrictions, the Qatar & Etihad Airways Offer Free Laptops facility in US-bound flights and on the other side, Emirates Airlines Introduce Laptop Handling Service on US-Bound Flights in order to manage the situation.