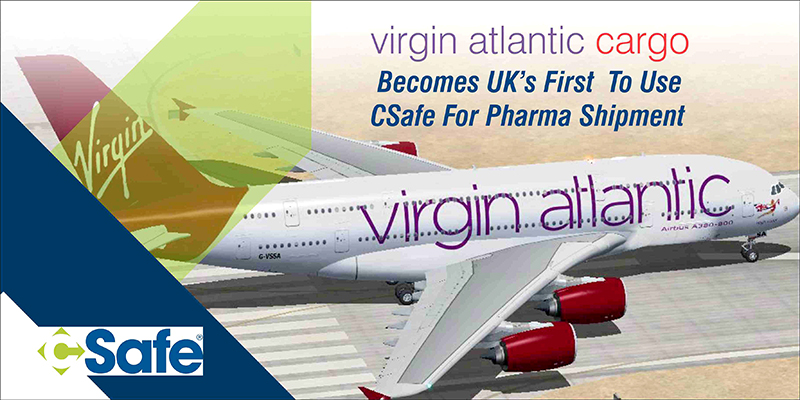 Virgin Atlantic Cargo has become UK’s first to approve the use of CSafe’s new RAP container for the shipment of temperature-sensitive life-enhancing healthcare products.

The CSafe RAP is the only FAA and EASA approved active compressor – driven container which is allowed in the upper as well as a lower deck of the commercial aircraft. – As per the company.

This facility offered by Virgin Atlantic Cargo will provide customers with another highly cost-efficient solution for large shipments of pharmaceutical and life science products.

The CSafe’s active temperature management system has been used for CSafe RAP. It helps in utilizing compressor-driven cooling technology and a radiant heating system.

Regardless of the actual ambient condition, it enables the unit to maintain strict payload temperature settings throughout transportation.

Talking about the temperature range, it lies between 4 degrees and 25 degree Celsius.

Brad Jennings (VP of global marketing and partner management of CSafe Global) stated that “CSafe is excited to add Virgin Atlantic Cargo to the roster of airlines that have gained flight approvals for our newly developed CSafe RAP active container.”

This step of Virgin Atlantic Cargo’s pharma is supported by major pharma markets, such as UK, Europe, US, India, and China.

The airline also recently commenced its application for wholesale distribution authorization (WDA), which will confirm its compliance with Good Distribution Practice (GDP).