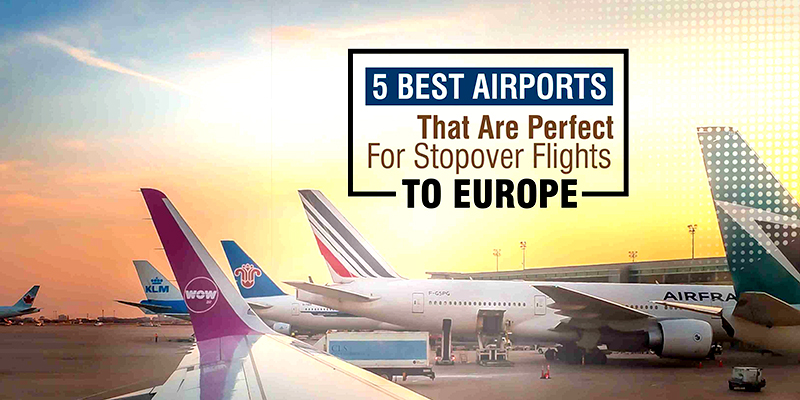 You are tired after a long flight and even you slept on your last plane, you’re still a wreck. You are in one of those stopover flights in a foreign country like Europe. Stopovers can be awesome only if you want them to.

Here are some of the best European airports if you have one of those stopover flights to Europe, which can be turned into an adventure. Where you can grab a drink, explore the city, visit the local museum and be back for your flight in right time.

You can get into the city center in about 15 minutes by a train underneath the airport, which moves around the terminal so that you can place your bags.

Take a canal boat to taste the beer of gastropub Hannekes Boom. You can take a quick visit to Van Gogh museum or Rijksmuseum.

Depending on the passport you are having, one may also be asked for a short stay visa if you wish to leave the airport.

It will take a million years in Paris and you probably won’t see much but it’s worth to stretch your legs and get some decent food. Over four hours of a stopover is enough time to comfortably flee De Gaulle.

You can also visit Canal Saint-Martin and hang by the river or to Luxembourg Gardens.

Stuttgart airport has the fastest moving customs lines that you’ve ever seen and super clean showers. You can visit downtown Stuttgart, which is close to the airport. You can hang out in Schlossplatz Palace Square by getting off the airport train at Königstraße which is 17 minutes away from bars and a good coffee.

A super cheap bus shuttles between that airport and the city center. There’s a free baggage storage area that’s open 24/7 which is five miles from Lisbon proper.

You can go for walk-up lanes to St George’s Castle, have a meal of your life at Restaurante Santo André. You can also visit the Oceanarium.

Sofia is the biggest airport in Bulgaria and one of a kind. If you are into churches and monasteries, then you can have a time of your life. You can have some Bulgarian barbeque and make your way to Hambara, which was a secret hangout for artists and intellectuals during the Communist regime.