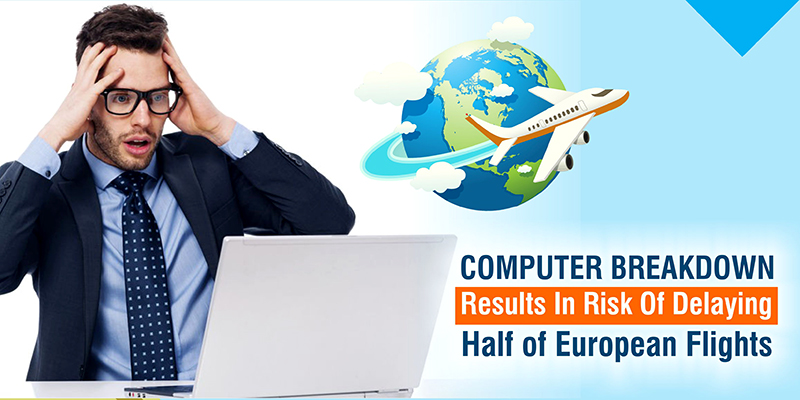 On Tuesday, European air travelers faced major disruption with around at risk of delaying half of all flights following a technical problem at Eurocontrol, which is the agency in charge of the continent’s skies.

Including Amsterdam’s Schiphol, several of the EU’s biggest airports warned and advised passengers to check on their flights beforehand because of the computer breakdown.

The Brussels-based agency coordinating with the European air traffic control operators determined the cause which has been identified and action is underway to return to normal operations.

The breakdown comes a day when many travelers are on the move around Europe after the Easter holidays. Commuters across France faced disruption from a big rail strike in protest at President Emmanuel Macron’s reforms.

According to Brussels Airport, departures were limited to 10 flights an hour and Belgian airport manages 650 flights a day according to its website.

Several airports warned of problems across the continent, with Schiphol saying that the possible consequences for departures could be system failure at Eurocontrol

According to Eurocontrol, there had been a failure of the Enhanced Tactical Flow Management System which manages and tracks traffic demand across the continent.

It added that it asked airlines to re-file the flight plans as the plans filed before 1026 GMT were lost.

It also added that there are no safety implications arising from this incident and air traffic control had not been directly affected by it.