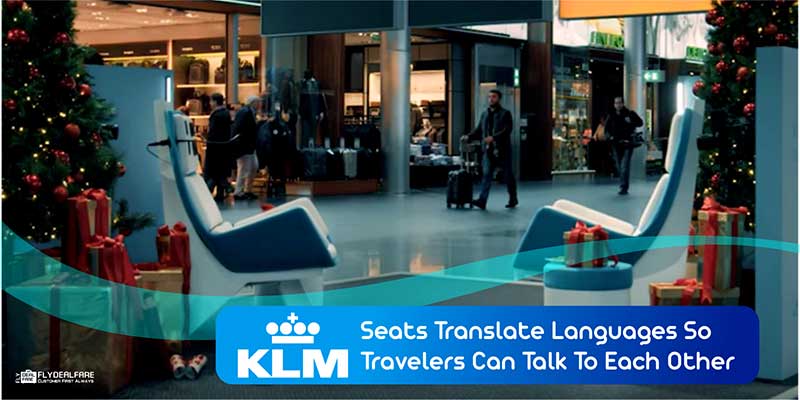 Find it difficult to connect with travelers due to language barrier! Well, one airline is taking initiatives for such travelers by introducing a way to connect global travelers who speak different languages.

It is the KLM Royal Dutch Airlines which is creating seats that can translate any language in real time. This will let the passengers to understand different languages easily and can communicate with others.

Being created with DDB & Tribal Amsterdam, these KLM connecting seats were installed at Amsterdam Airport Schiphol.

Along with the translating feature, these seats also designed in such a way so that the travelers can rest their head in the center with speakers on each side.

In addition to that, a directional microphone facilitated the audio connection. Plus, the seats are set in a way so that the one sitting on these can face each other while interacting or having a conversation.

The KLM Agency is using the Google’s Cloud Speech, Cloud Translation and Web Speech so that the seats automatically translated every language, including all dialects.

The fascinating feature of this technology is that passengers from more than 30 different nationalities can use these seats to speak with strangers from different lands.