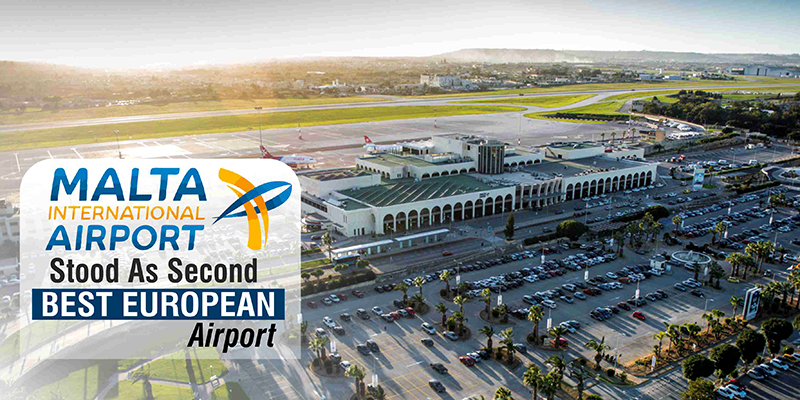 In the Airport Service Quality 2017 awards, Malta International Airport has placed second amongst other European airports, ranking 343 airports worldwide by departing passengers traveling through them during the year.

For the past nine years, the airport has managed to obtain a place within the top five European airports, second being the highest it has placed in the awards organized by Airport Council International.

Keeping in mind that last year the terminal was in a state of developing through the company’s Terminal Reconfiguration Project, this achievement gains further significance, delivering an excellent service.

Last year, the passenger satisfaction overall score was its highest to date. It is in a tie with Moscow Sheremetyevo and Porto as this score bumped the airport up a place from 2016. Russian Airport Sochi claimed the top spot in the European category, welcoming over five million passengers annually.

Airports’ CEO Alan Borg said that for delivering an excellent service and finding new ways to enhance the passenger experience, this is a most fitting reward for a team that puts a lot of effort.

Various other investments including the refurbishment of washrooms, the replacement of terminal signage    and the installation of a new public announcement system will further improve the passenger journey through Malta International Airport.