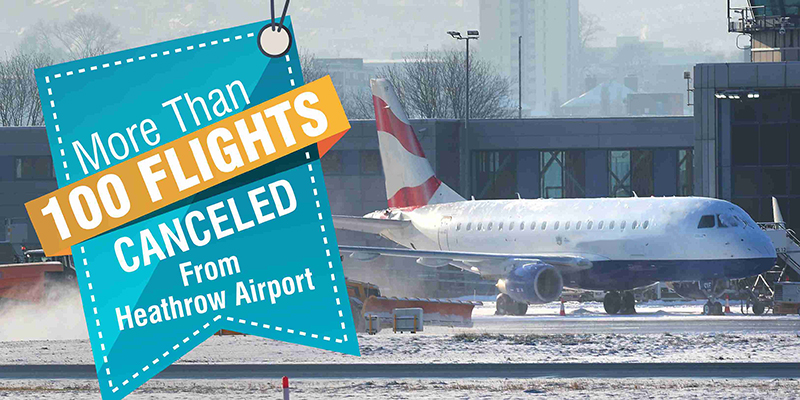 Due to the prediction of bad weather more than 100 flights to and from Heathrow have been canceled on Saturday.

An Amber warning has been given by the Met Office for ice and snow in much of England and parts of Scotland ahead of another cold front from the east.

A spokesperson from British Airways stated that they have merged a small number of Heathrow flights to ensure that most of the customers are able to travel to their destinations as planned because of wintry weather and restrictions at some airports they fly to and from.

It was also said that the services will be delayed as many aircraft have to get the de-icing treatment before departure to ensure that they are safe to take-off.

The Passengers are been offered the chance to postpone their journey up until Wednesday, who is due to fly to or from Heathrow, London City or Gatwick this weekend.

10 flights have been canceled by Lufthansa and its budget subsidiary named Eurowings, which included services to Frankfurt, Munich, and Salzburg.