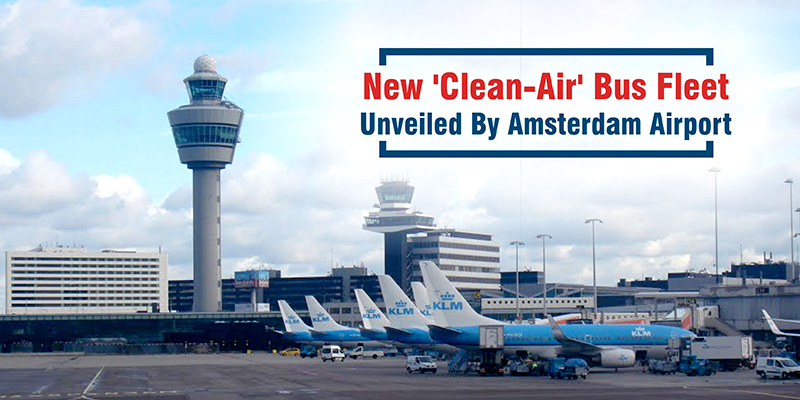 On Wednesday, Amsterdam’s busy Schiphol airport launched 100 new electric passenger buses which is said to be the largest fleet of its kind in Europe pursuing clean-air targets.

Operated by Connexxion, more than 100,000 passengers will now step daily into battery-powered buses.

The contract to provide “clean air transport” and connecting Schiphol to cities like Haarlem and Amsterdam, is estimated at approximately 1.9 billion Euros over the next period of 15 years.

Although the 18-meter segmented buses can only travel up to 80 to 90 kilometers, they are re-amplified by an innovative so-called fast charge system at docking stations along the route, which takes about 20 minutes to top up on battery power.

More than 260 electric buses will be administering on roads around Schiphol by 2021, covering about 30 million kilometers per year.

Miriam Hoekstra-van der Deen, Schiphol airport operations director said that the new bus fleet was a big step in the direction of Schiphol’s aim to achieve zero carbon dioxide emissions by 2040 on the ground.

Millions of travelers who are arriving at Schiphol every year will at once be able to see that they are very serious about the environment, she added.

Transdev also has a second contract for providing electric bus transport to the southern city of Eindhoven.