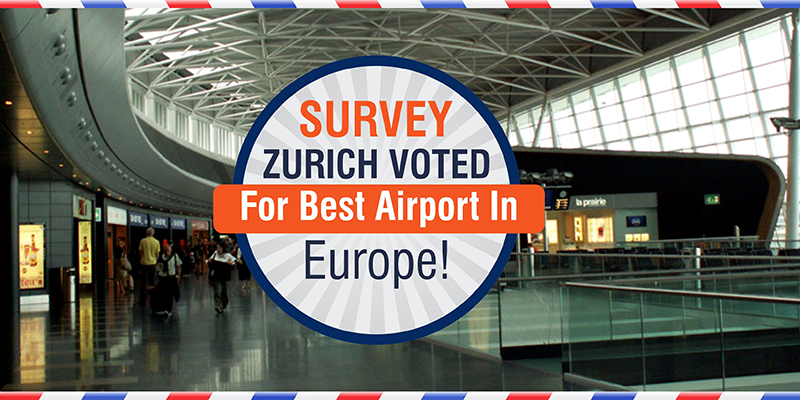 Zurich airport facilitates the customers with its number of services. At the airport, there are advertisements for watches, chocolate and asset management, a virtual selfie with Roger Federer, and a terminal transfer train where you can hear yodeling.  It is a principal hub for the Swiss International Airlines.

And other Swiss attributes like comfort, organization, and efficiency have helped the Swiss airport became a favorite among travelers. The facility came second in a recent poll run by the holiday booking portal eDreams behind perennial front-runner Singapore Changi.

The Zurich airport is also known as Kloten airport. The attributes collected through a survey of 50,000 travelers. And results based on by asking about waiting for areas in first, second for eating and third for shopping.

Rounding out the eDreams top five airports were:

In the Skytrax world airport awards, Zurich is coming in 9th position. It is based on 13.73 million airport survey questionnaires, according to organizers. But, Singapore’s Changi Airport also make his name at the top of the airlines.